This is a documentation of my first week's worth of progress on my newest character project, the Undead Captain; based on the original concept by Labros Panousis. (example below) 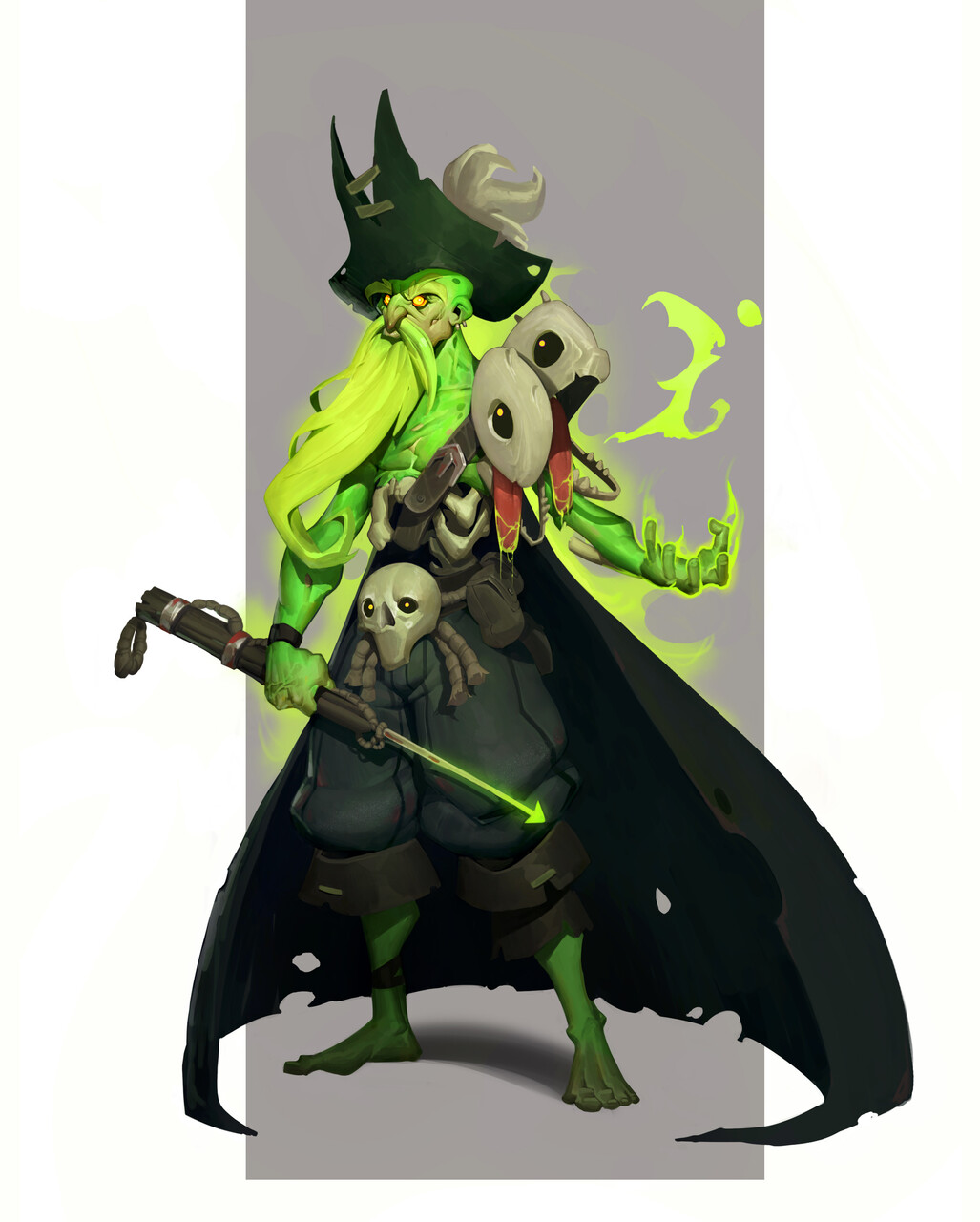 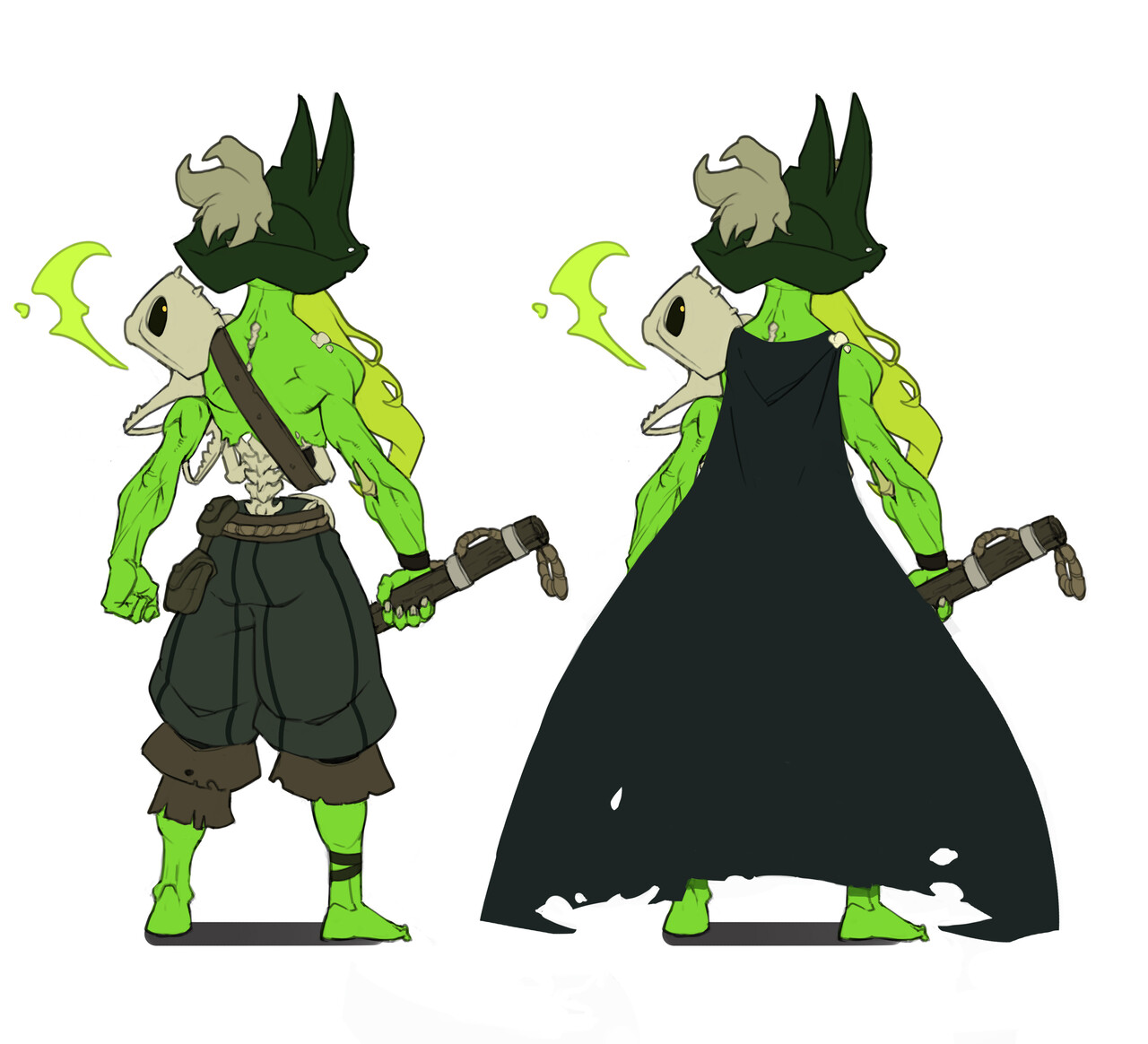 I start with a simple base mesh from Pascal ACKERMANN and scale/move things into the proportions I need for a specific character. The base mesh is semi-realistic but anything stylized is based in realism, so I like to start with somewhat realistic proportions. 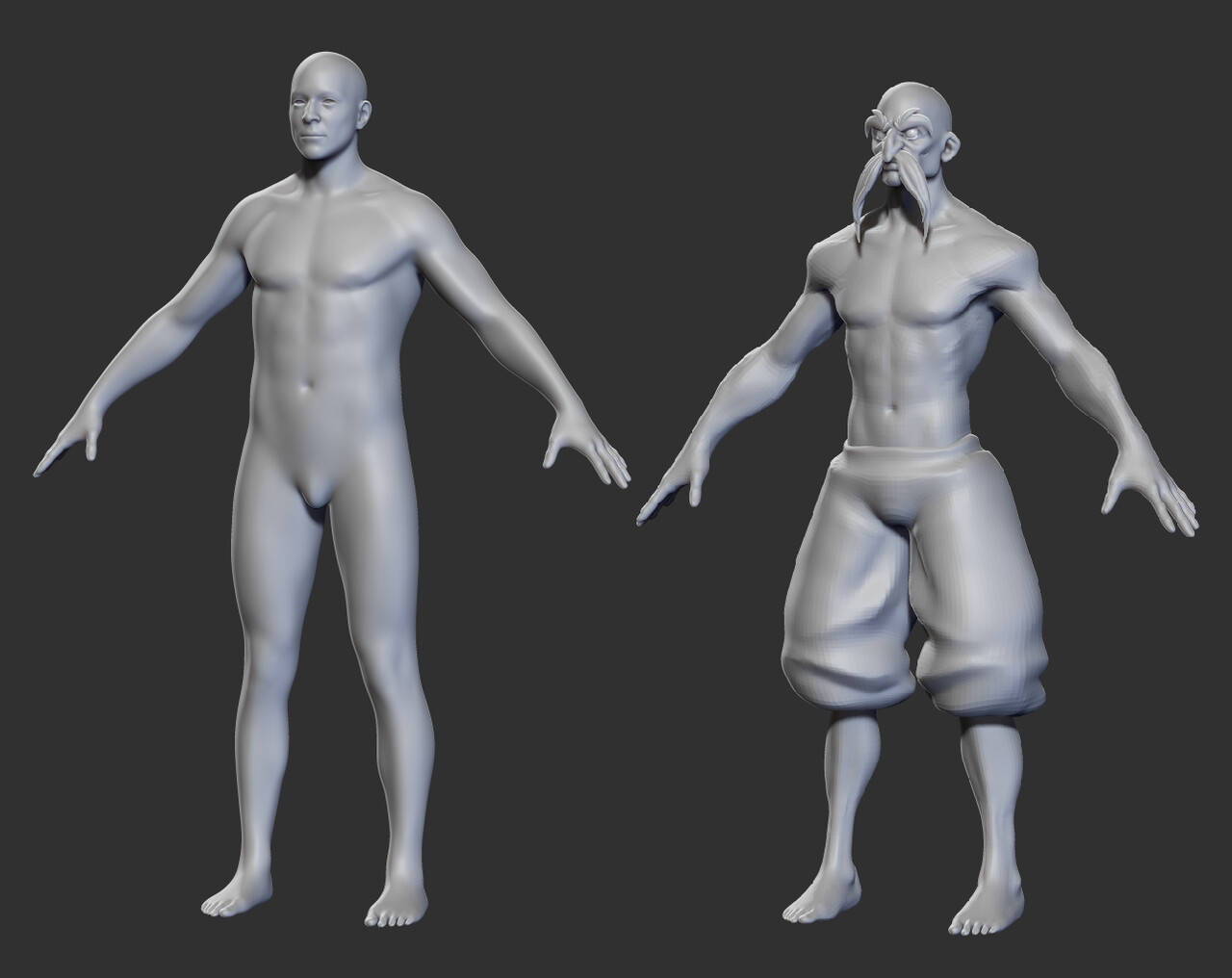 After getting basic proportions down for the body and head, the first thing I like to work on is the face. I choose to work from the face down since a character's face is usually the focal point, and in a worst-case scenario will leave me with a completed bust if I run out of time to work on the full character. 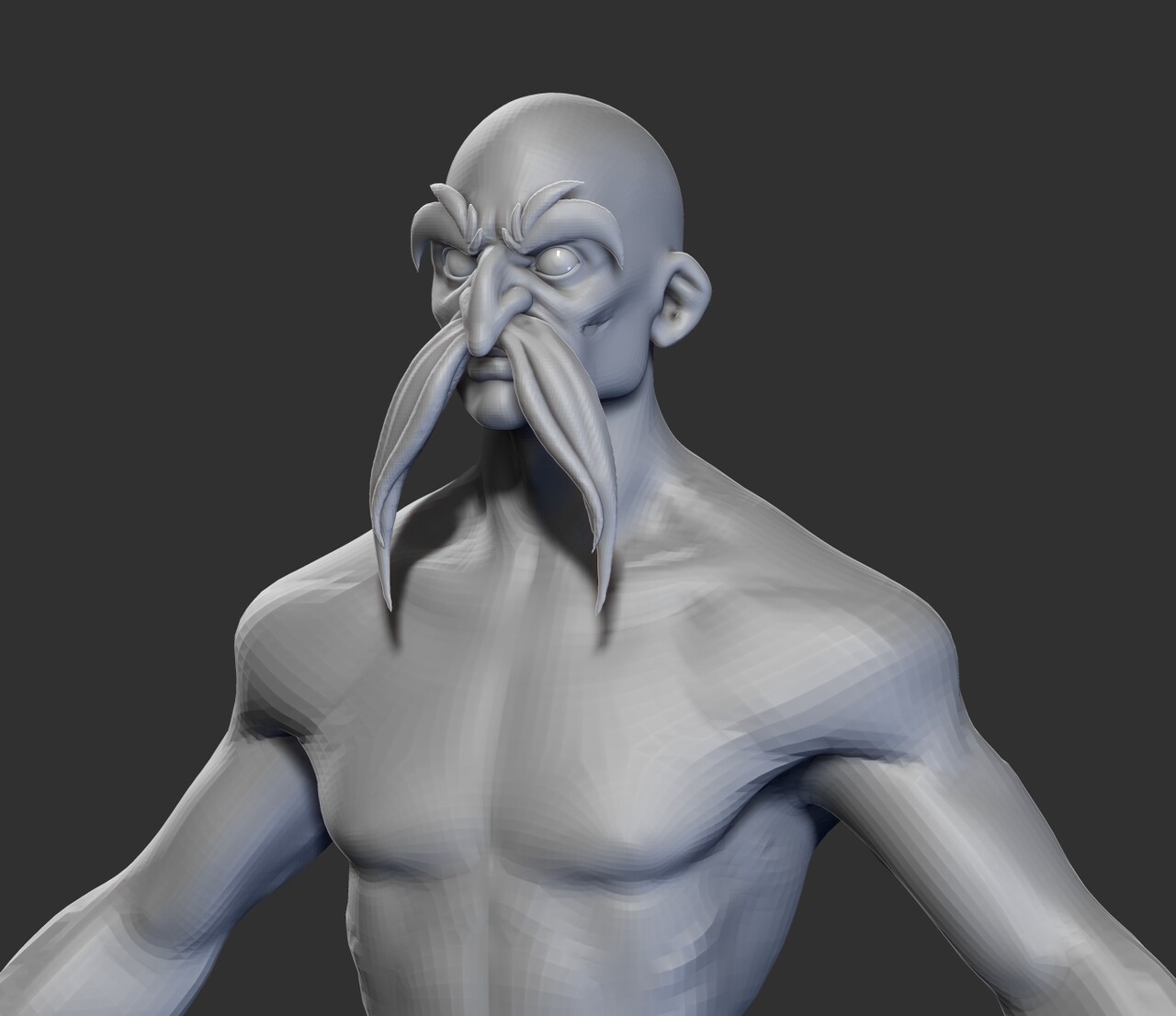 After getting the face in a decent spot I will start with overall primary forms for the whole character, in this case, the captain's torso of exposed ribs and spine, arm and shoulder muscles, pants, and facial hair. I use dynamic subdivision for nearly every single mesh I'm working with in Zbrush, it allows me to sculpt and model in a somewhat non-destructive way and allows for a preview of the high res sculpt without losing the ability to use modeling techniques with Zmodeler. 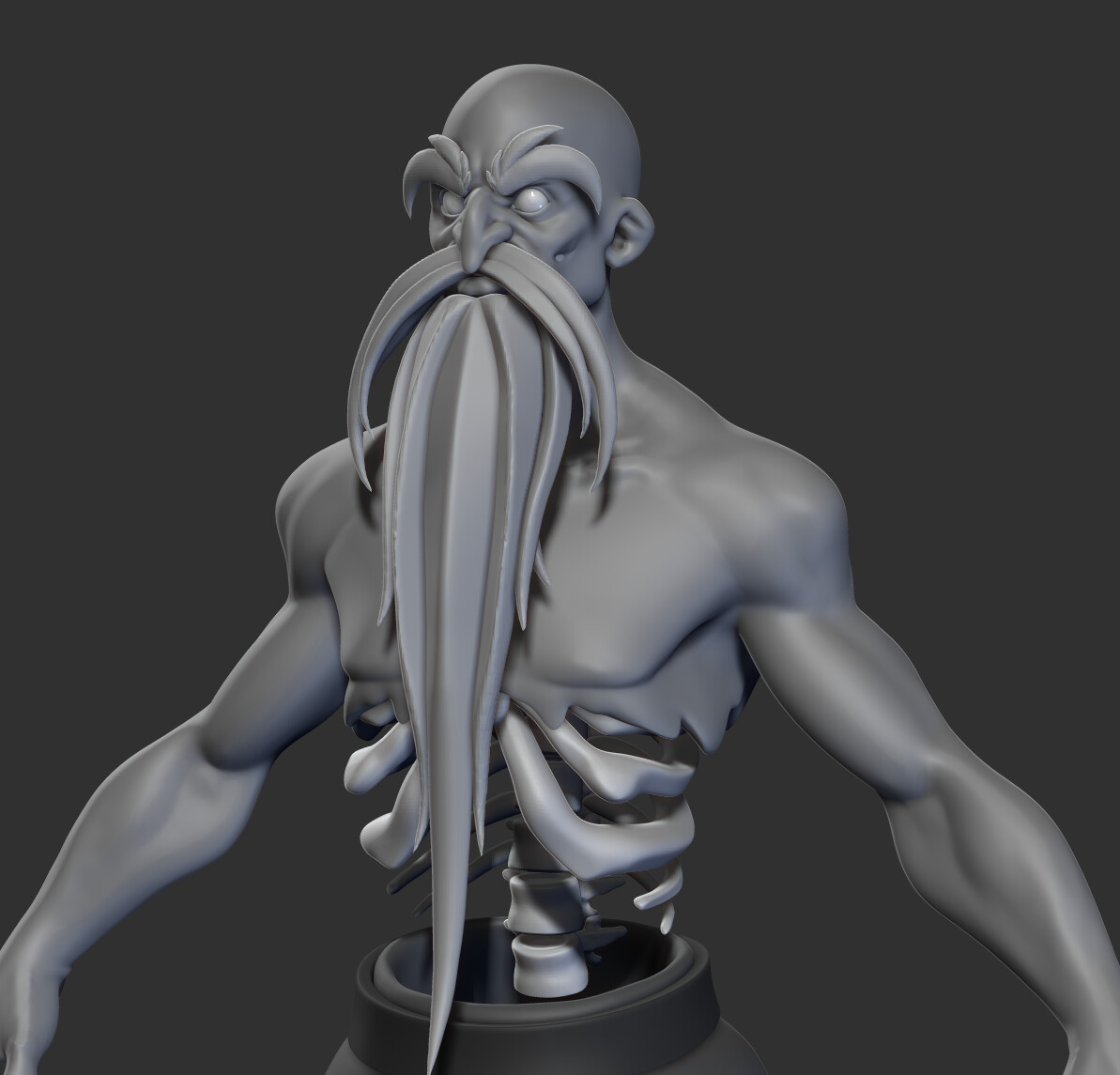 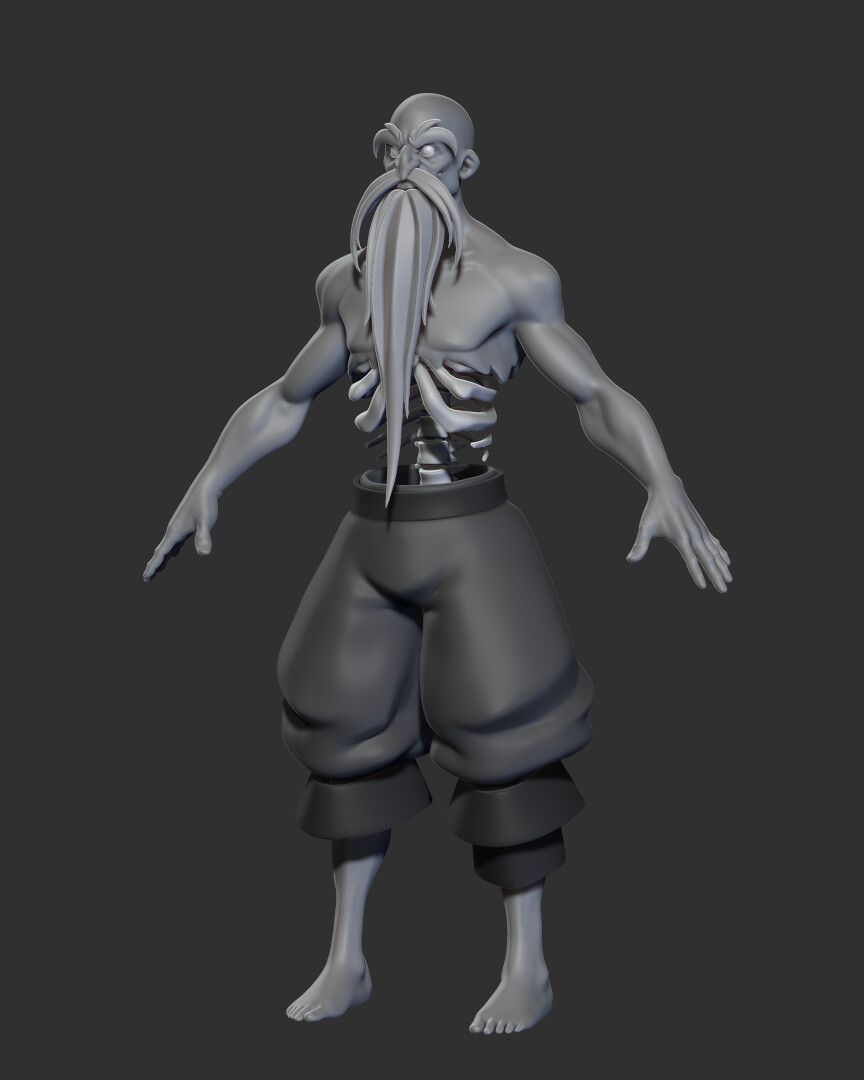 Next, I will continue to add primary and secondary forms that define the silhouette; This includes accessories like his hat, straps, skull, earings, fish skulls, and side pouches. While making all these accessories I am making refinements to the primary forms that I have blocked out. (mainly his arm muscles and face) 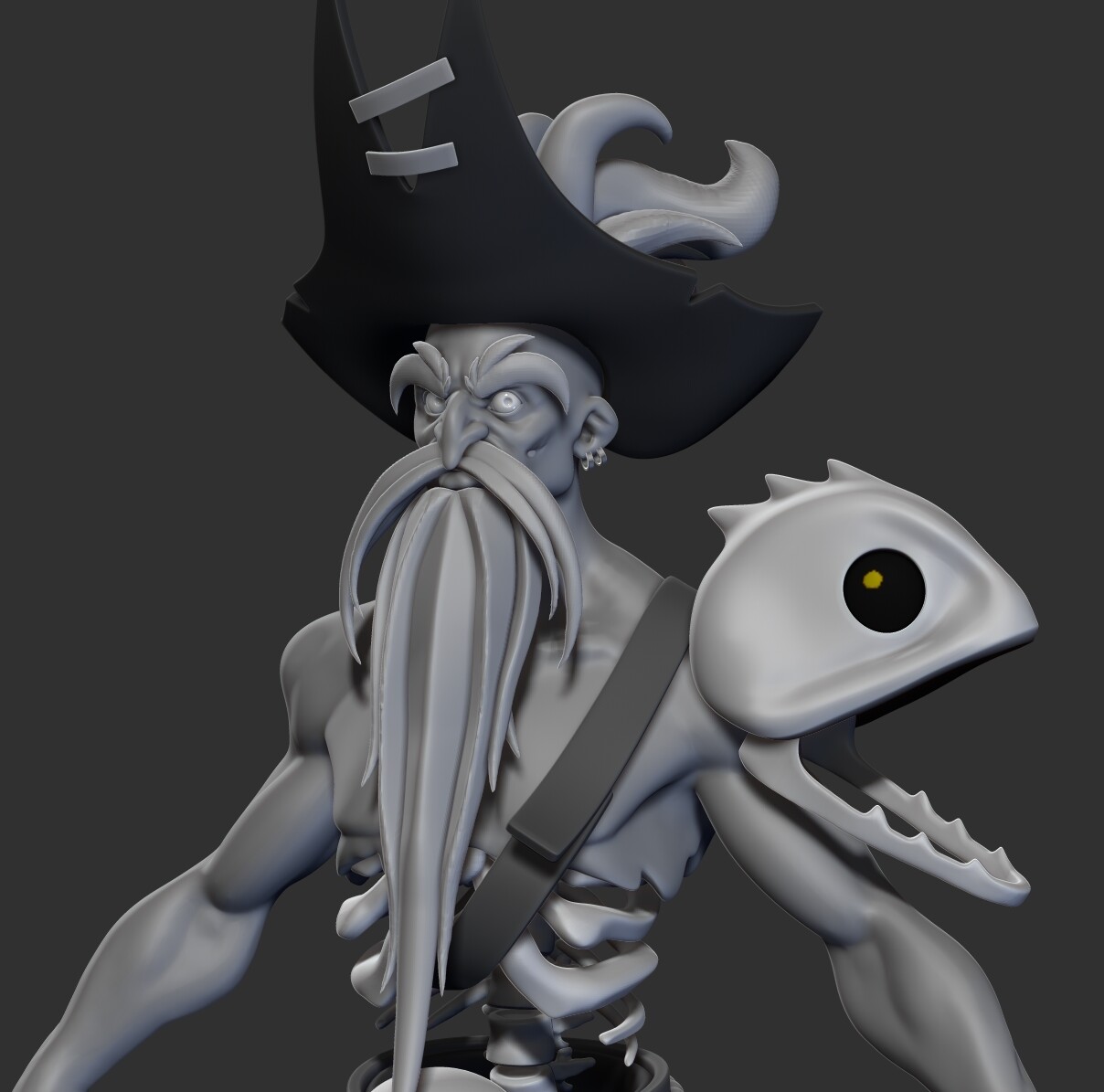 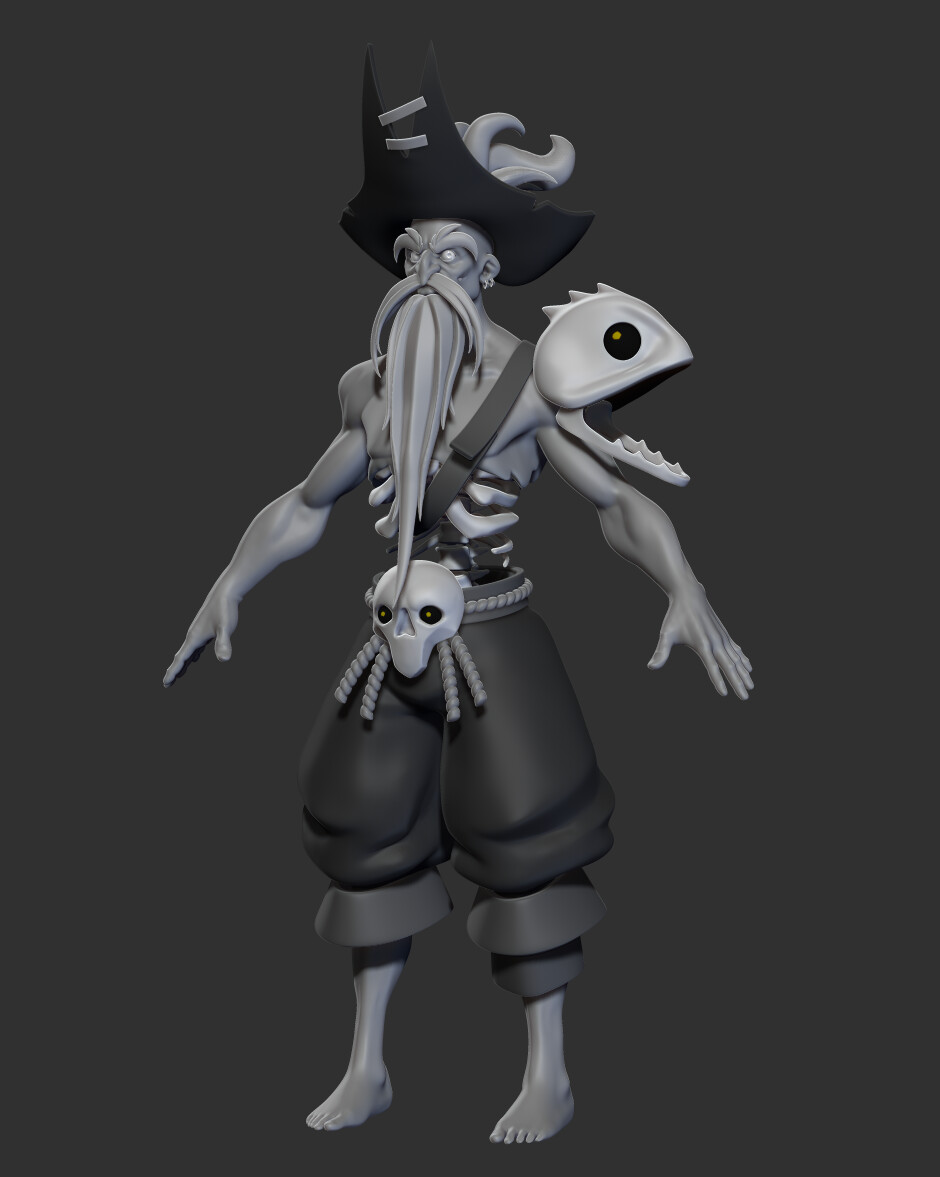 Next is a continuation of refining forms like the feet and leg muscles, along with making the rest of his accessories listed above. 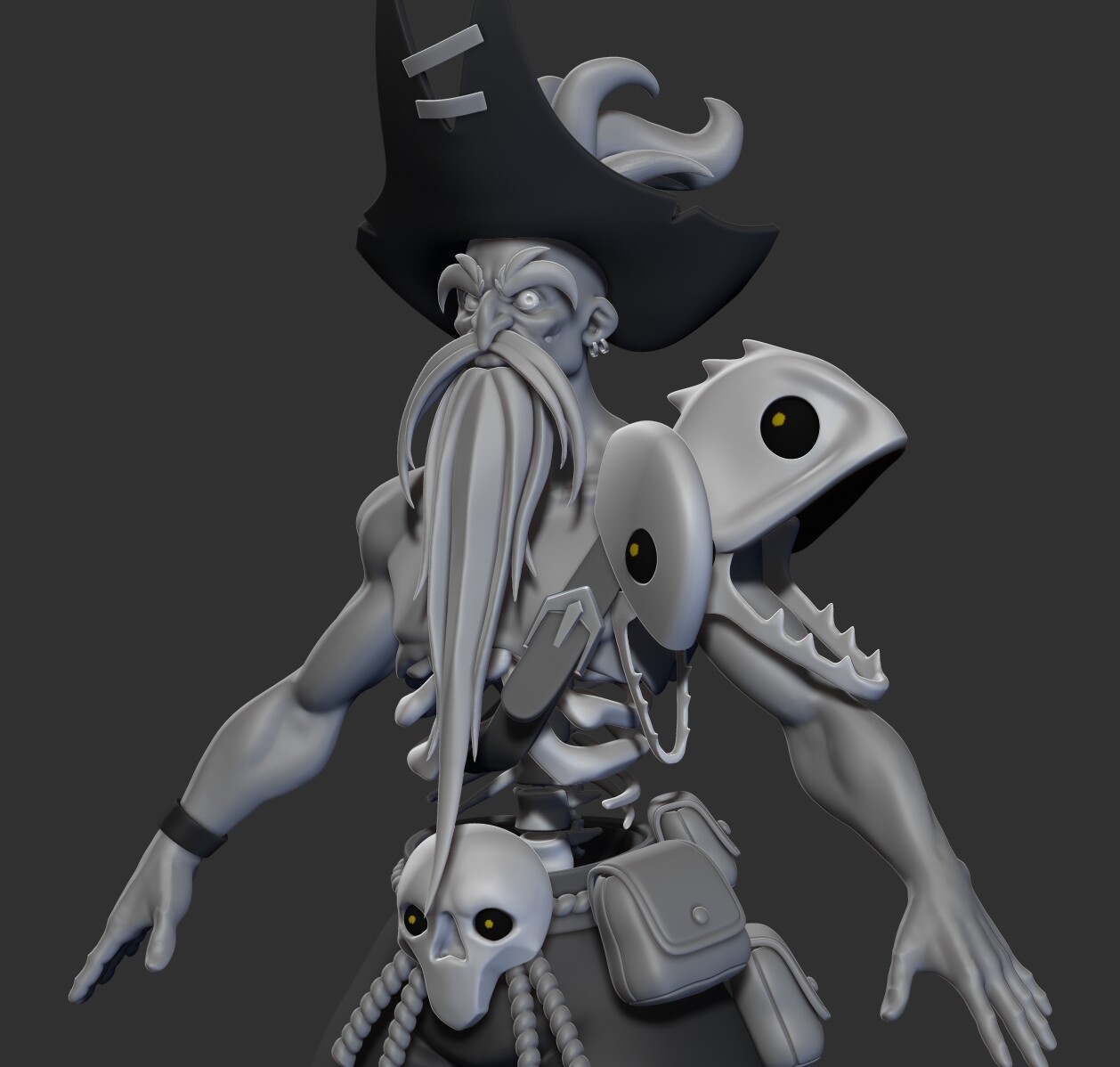 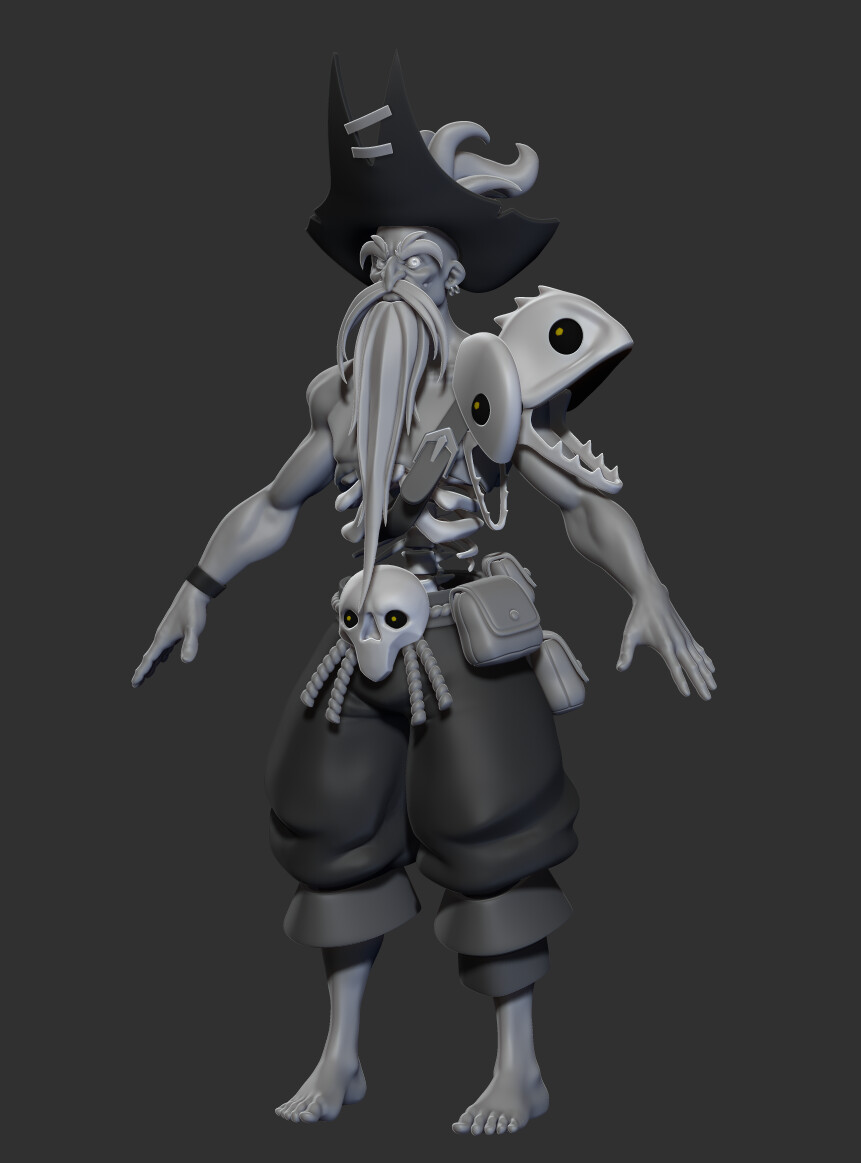 Finally, I add in his cape, which is the last element that defines his silhouette. Along with this, I will add the last secondary forms like fingernails and toenails, fish skull tongues, and smaller straps. 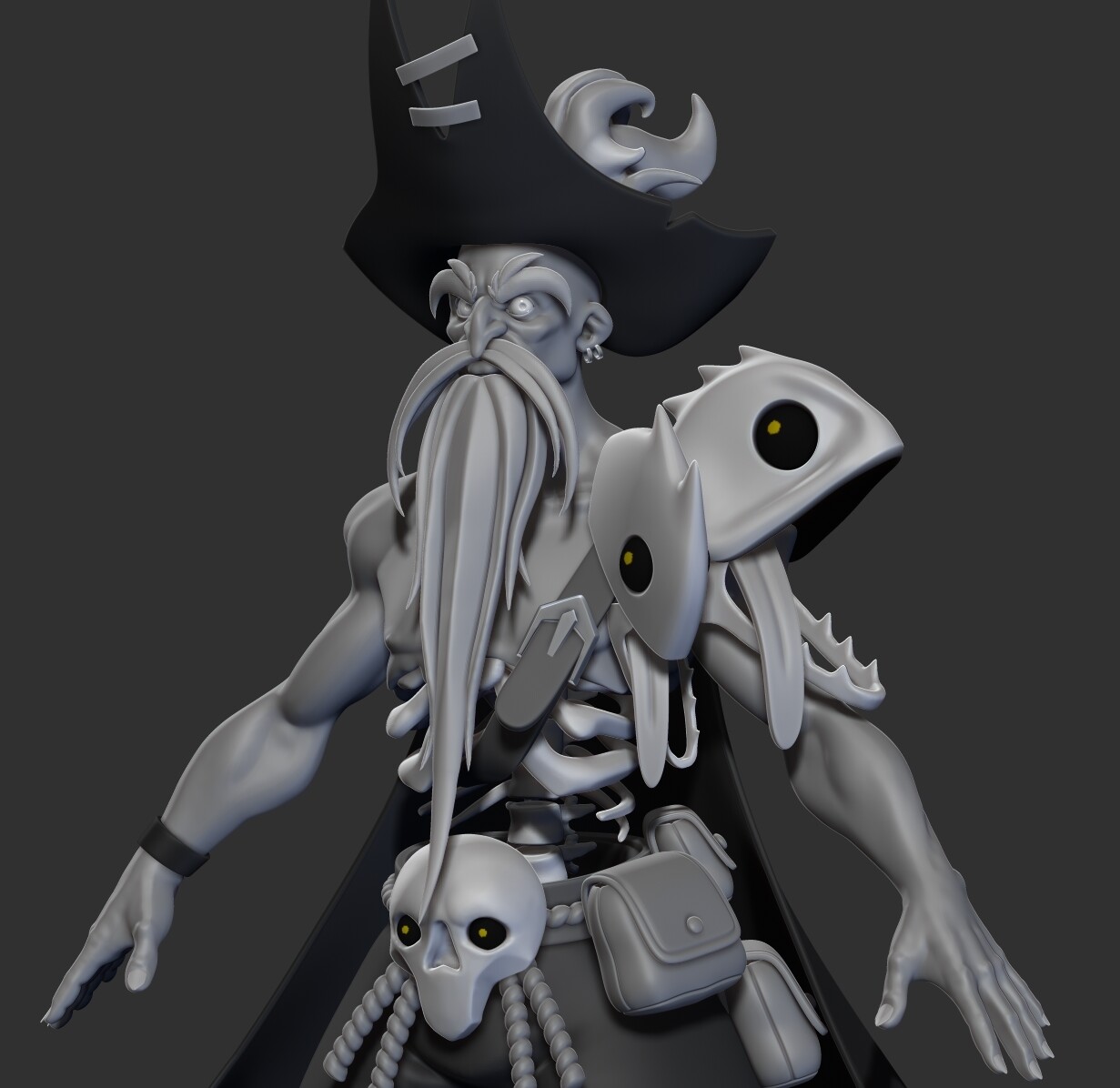 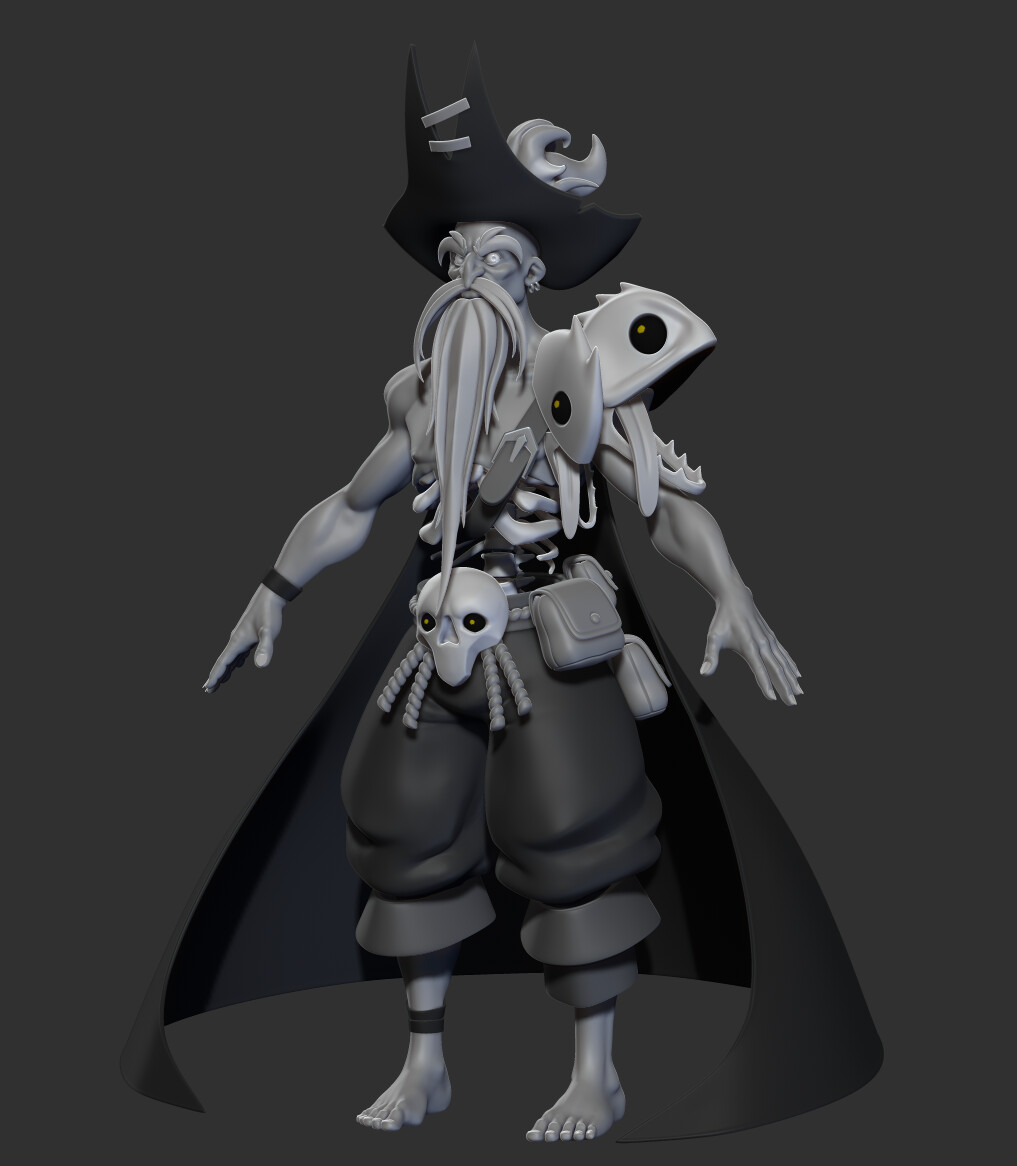 Lastly, here are some back views of the captain and the base body's primary and secondary forms. 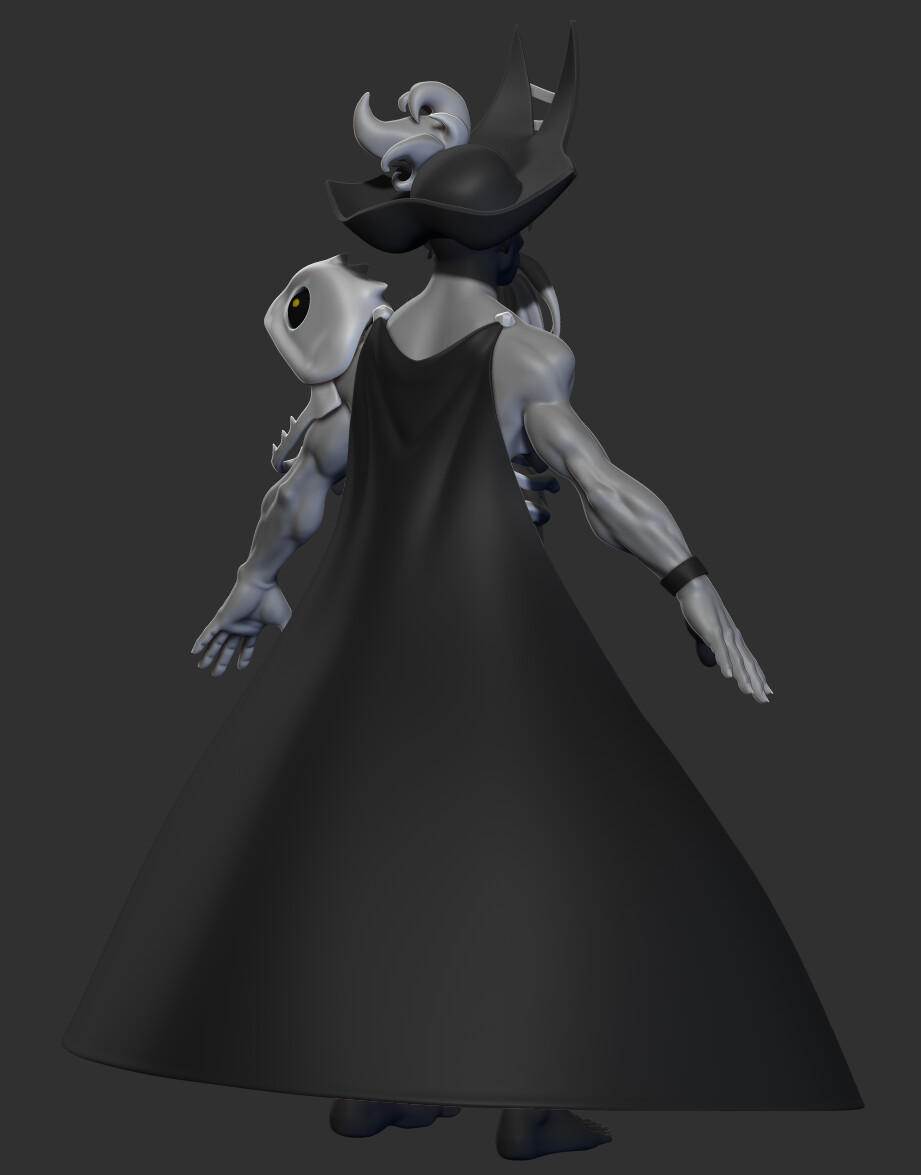 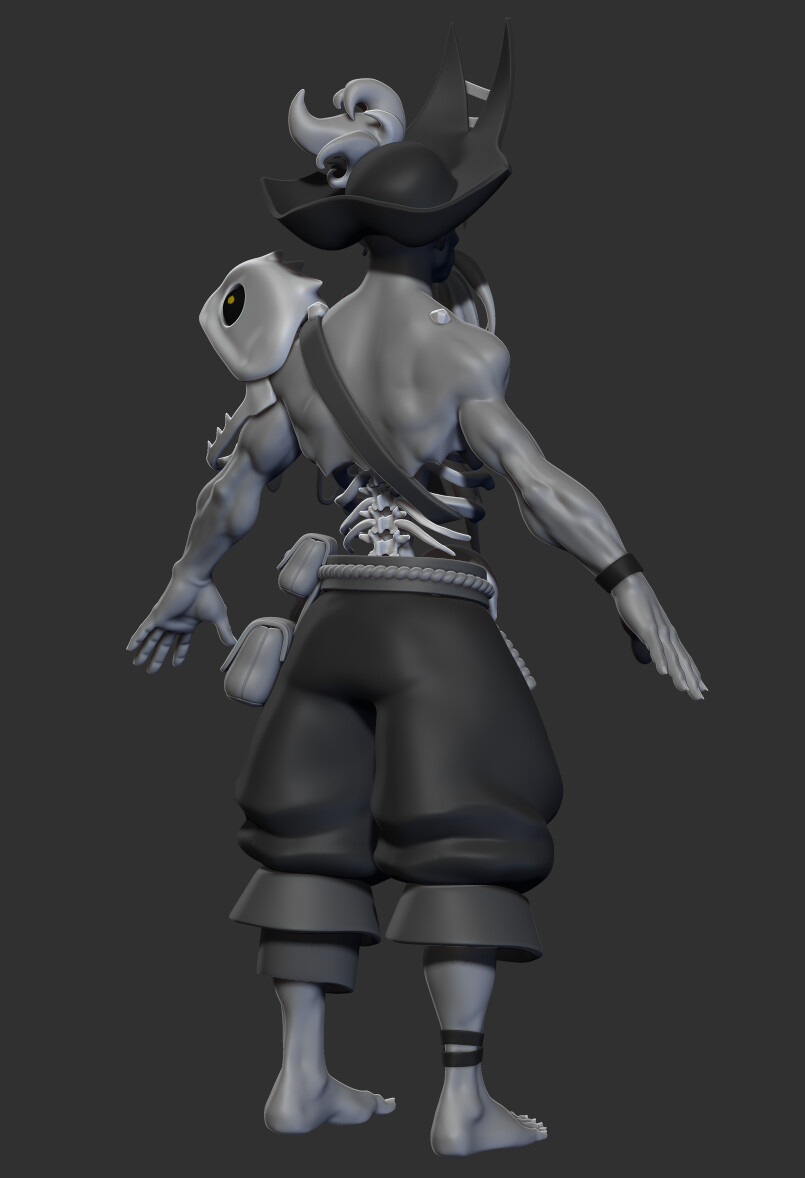 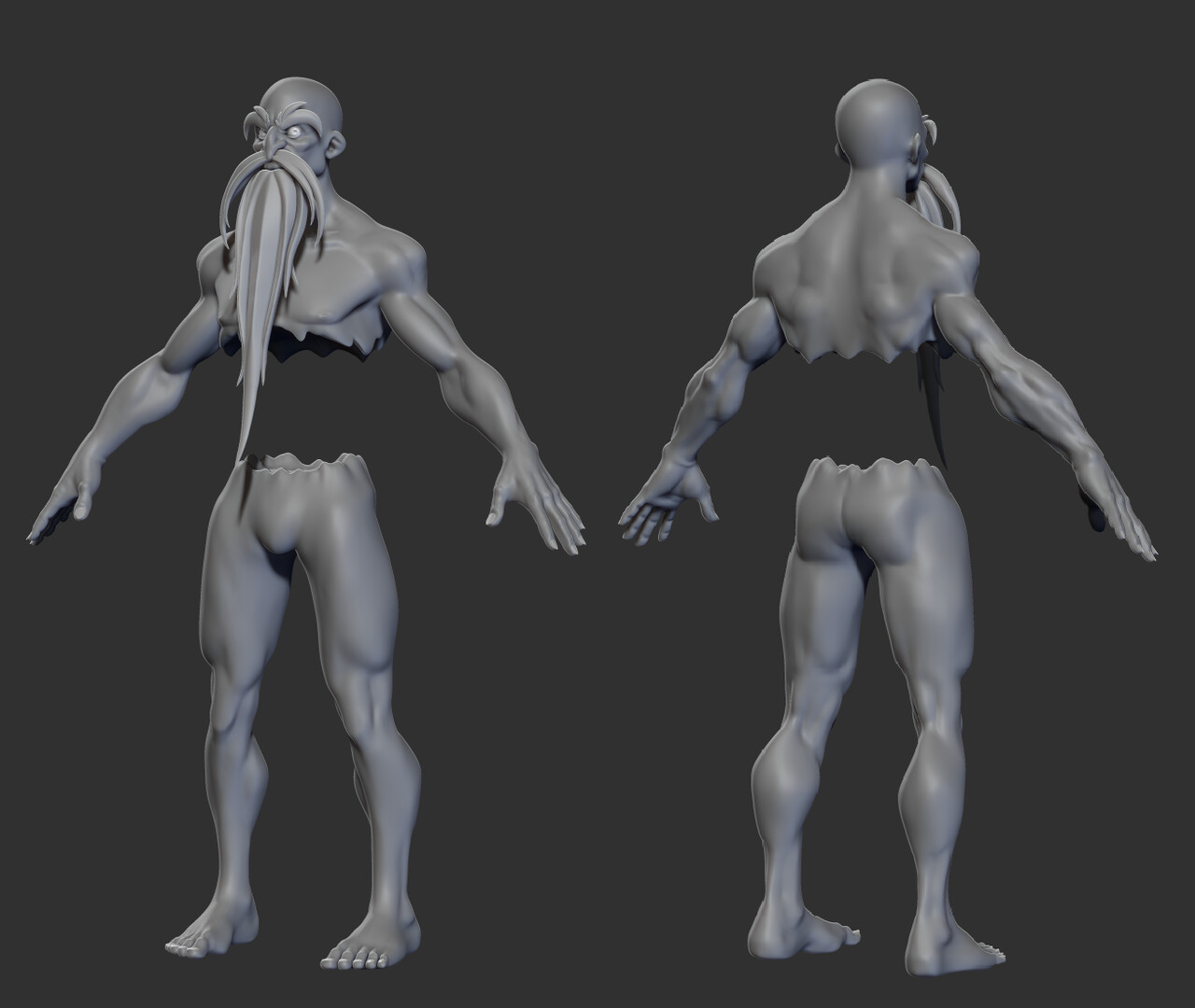 That just about sums up my first 5 days of work, if you made it this far into the post congrats! Thanks for checking out my latest project and I will be sure to update this as I make more progress.